From screaming to reconciliation

If you fall, you get back up; if they push you, you move around; if they insult you, you handle it; if they kick you, you face up to them; if you fail you keep trying… Never surrendering is extremely important for professional footballers (and amateurs too) and it is something we must remember day by day. It is the “game by game” tactics that Simeone used last year to win the title and it is what keeps Blackpool awake. It is what must keep us all awake. Even though it might seem like a miracle.

What happened last week could be made into a movie. From the beginning to the end… We started by losing against the leaders, Middlesbrough. Woodgate hadn’t played a single game all season and he scored his first goal in more than 2 years against us. That says it all.

80 minutes fighting hard and during the last 10 minutes we went from the frying pan into the fire! Kike scored to make it 1-2 in the 88th minute and I saw tension in the changing room that I had never seen before.

What happens in the changing room stays in the changing room but I keep thinking about it and realised that sooner or later it had to happen. There were very difficult days that led us to call for a meeting on Friday in which we all looked into each other’s eyes and said what we had to say, which in a few words was that we are all together in this ship and we have to pull together and play with pride. It doesn’t matter if 5 of us or 25 of us are friends but what is important is that all 25 of us play and behave as teammates. We understood that and we managed to play on Saturday in a better mood.

We weren’t a terminally ill team on Saturday. We were better than Forest, and given the circumstances (there is no point talking about Bloomfield Road’s grass anymore), we scored 4 goals, and most importantly, we didn’t surrender when we realised the game was slipping away again. Yes, I remembered the game against Watford where we were 2-0 up and after they equalised we seemed to completely disappear from the pitch. On Saturday we didn’t do that. They score 2 goals to draw level and we went for the third. We found ourselves losing with seconds to go and we went crazy to try to equalise. It was a titanic effort, a respectable one. Even Lewis came up to try to score like a madman. It made me feel proud of this team again and I thought that O’Dea’s blood will have to mean something in the future.

I am talking about O’Dea’s blood, you should have seen the state of his ankle at the end of the game, then there was Tom Aldred’s sending off after managing to get a penalty on his debut, and I’m talking about finishing the game with 9 players, about me getting injured by pulling a muscle in my quadriceps and defending with one leg in the corners, cursing the referees family when I saw that he was adding nine minutes of stoppage time…

It was one of those afternoons that make fans love football, with 5 goals in 11 minutes, looking at the opponent’s angry face, an opponent that has won 2 games in a row but have now faced a team willing to die in their pursuit of salvation.

I scored my first goal at Bloomfield Road and it was a good one. An “alla del Piero” goal. I am a humble admirer of Pinturicchio (that’s what Agnelli used to call Alessandro del Piero) and when I managed to scored my goal, I thought the game was over. Very innocent of me to think that Blackpool could finish a game in 65 minutes…. We should make a video with all the goals teams have scored against us and take them to the football schools to teach the kids what not to do. It is incredible, to be honest, how we manage to concede goals in such important times of the game. I was still celebrating our 2-0 lead when they scored and we were cheering each other up and reminding ourselves not to give up when they equalised in yet another silly play. I finally managed to celebrate a goal with our fans, which is why I celebrated it so effusively but then in a blink of an eye everything went back to square one. Then it got worse.

Now I want to talk about Michail Antonio. He is so powerful, not even 3 of our defenders could stop him. I would love to be that strong, even if it was only for one day, to feel what he feels. One of his runs provoked the penalty and Alfred’s sending off and he shook us up.

I think I played the most surreal 15 minutes of the year. Before the game I had a temperature and to play twice in 4 days on a pitch like this doesn’t help. At the end I had pulled my muscle but I hope it is not serious and I hope to be back as soon as possible. I also got a very hard knock to my hip in the first half and now all my body hurts like mad. I spent all Sunday sitting on the sofa, with ice on my leg, ice on my hip, a blanket, a slight temperature and a hat watching the little mermaid with Norah. She doesn’t like my hair either and wasn’t shy to let me know. Charming!

I want to talk about 2 things about the team and the season. I explained earlier on that the atmosphere after the Middlesbrough game was rather tense. I want to clarify something: relationships in a big group are never easy. Are they easy in a couple? They aren’t. You still have arguments and misunderstandings and there is some shouting that you regret afterwards and then the reconciliations. You always end up making up…

Blackpool’s season? On Saturday night while I was watching Espanyol beating Malaga, I spoke to my journalist friend in Barcelona. I asked him if he could find an internet page in which I could easily see the stats of all the Blackpool games and when he sent me one I spent a long time looking at the stats. Yes, I am a bit crazy I know. Not sure whether it was a good idea or not as I discovered that with a bit of luck we could have had at least 10 more points!

I am pulling my hair out just thinking about this (maybe that is why my daughter says what she says!). We could have 12 extra points or at least 9 or 10 more. There are still 45 points to play for and it feels like we are climbing Mount Everest because if you look back at the last 2 seasons, if we win half of those points that would be just enough to avoid relegation. We have to get our winter clothes on and start climbing the mountain. If Sir Edmund Hillary managed to do it, so can we.

On Saturday we are travelling to Ewood Park. Blackburn destroyed Stoke City in the FA Cup (they are going to miss Bojan for the rest of the season!) and it will be a very difficult Lancashire derby. But I never lost there with Brighton and I want to keep that track record. Then the midweek game against Brentford, a team who likes to play the ball and they play in a small ground similar to Bloomfield Road. We have to keep clenching out teeth and I keep thinking that if we manage to win an away game, the dynamics will change. I want to be in that position, I want to recover as soon as possible because I feel good on the pitch, I think I am playing well and I want to help my team.

An anecdote to finish. What do you think about the controversy in Spain because of Ronaldo’s birthday party? From the distance I think that they have exaggerated things. Yes they had lost 4-0 but if someone cannot celebrate his 30 birthday in peace, we may as well call it quits. Moreover for what I have read it was a party with family, friends, kids… We used to have big parties in Brighton with the Spanish army… I think the latest I got home after a party though was 11pm at night. Seriously, a footballer deserves a bit of privacy in his life. Maybe this privacy or the lack of it has put Cristiano on the spot. Saying that, what I really didn’t like was Ronaldo’s taste of music…that singer….

I hope I will be back next week with good news. Until we are not mathematically relegated we will keep on fighting. 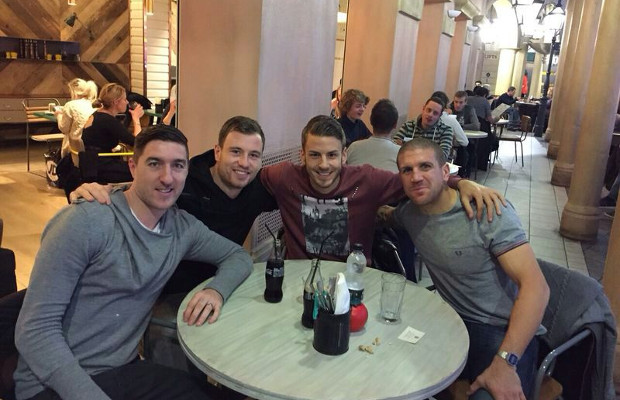 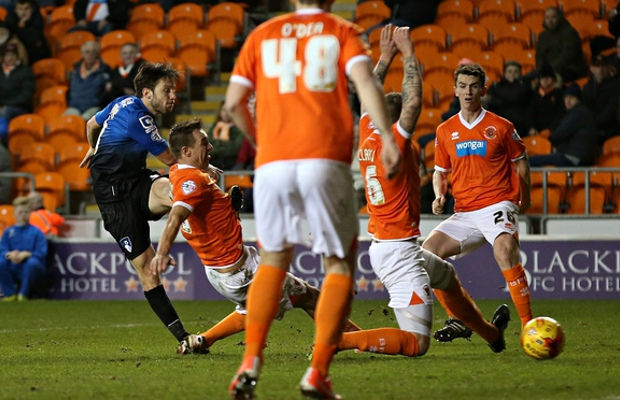 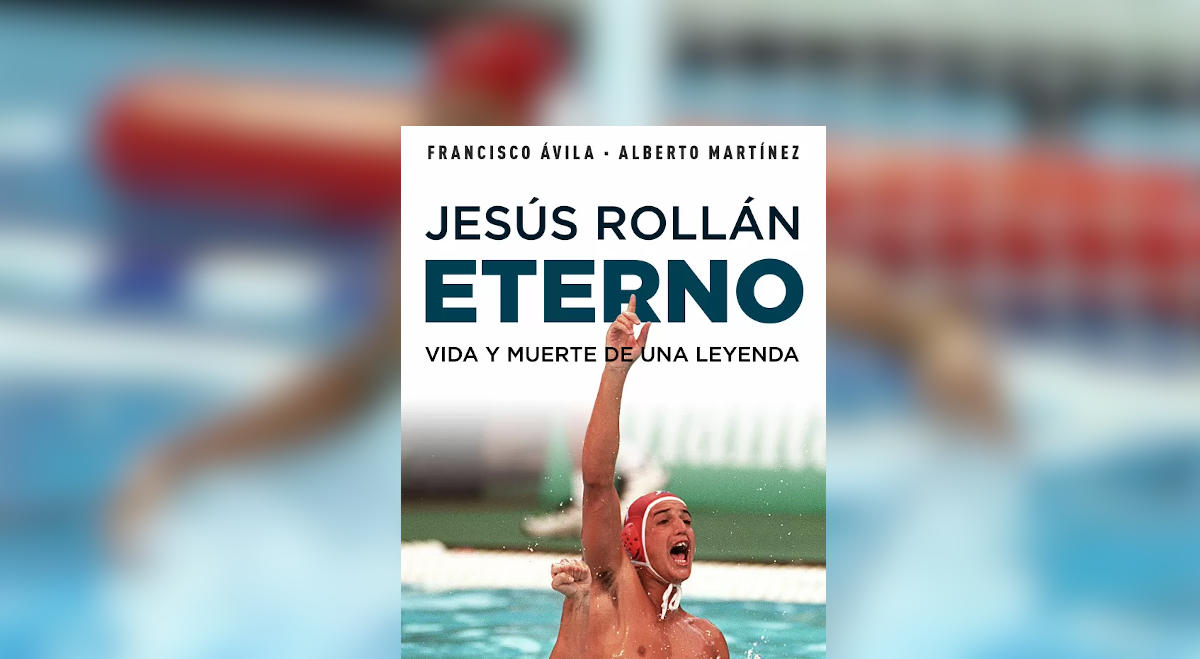