Lost kids in the big city

We play at home and we play better. We have adapted to Bloomfield Road’s “perfect grass” and with the help of our people and the pride that we haven’t lost yet, we are capable of facing any team. Very few teams like to play in our ground because they understand what it means to play against a wounded team on an impossible pitch…But we play away and we look like kids lost in a big city. That is what happened to us on Saturday in Norwich. Lost and scared.

It is difficult to explain anything without offending our fans. At the end of the day, it is for them that we play and they don’t deserve this. In Carrow Road more of the same: we started well, facing up a superior team that has premiership quality players and just pushing ourselves to the limit, until a stupid play in the midfield with a inoffensive pass ended up in Hooper’s first goal. From then on, it all became an impossible climb. We never gave up but it looked like we did.

I watched the highlights of the game yesterday and I was thinking, as I always do, if I couldn’t have done something more… The second goal, we have to admit that, was a hell of a goal that would have been the goal of the month all over the world, had it been scored by Rooney or Messi. In 25 minutes all our plans had collapsed, all our expectations had been destroyed and all our hopes completely gone.

Norwich and Blackpool are two opposite worlds. They look at the promotion play-off with joy whereas we look at our position of the table with despair, and these kind of things really show on the pitch. It multiplies the differences between both teams, and it doesn’t matter how hard we try, we become a desperate bunch. Sometimes, I rely on that desperation to push forward but we have to be stronger than we are, especially away from home.

In the coach we watched a video that didn’t help that much in the end but that I replay in my mind to keep my faith. The video showed Sunderland and Birmingham last season, when for most they were already relegated but managed to stay up right at the end. These examples help us and motivate us but then you need to get out there and play without fear, you need to repeat what you do in the training sessions, you need to be stronger than the rival, and it seems that we are not capable of doing this. I refuse to believe that everytime we play away we are going to get trashed because it has never happened to me before. I have never experienced a situation like this and our fans don’t deserve it as they are the ones who get more affected.

It has been a terrible season so far and we need to be men enough to face what we have got left with dignity and show our anger in every game to confirm that we deserve to stay up. Many will pass by this club, some will stay others no, but Blackpool with remain and their fans will suffer. It is for them and only for them that we must honour the colours we are wearing. I can’t keep thinking about the few but extremely good fans who accompanied us in Carrow Road. I could see them in the stands and I suffered with and for them, and I thought that we really have to beat both Middlesbrough and Forest who are coming to Blackpool next. We owe that to our fans.

In Norwich we also met the MLS team Chicago Fire who are doing their pre-season in the UK and were in the stadium watching the game. We were in the same hotel and I had a chat with Guly do Prado who trained with us a while ago. It was nice to see him and he is very excited about this new adventure in the US, in a league that is growing a lot and attracting more and more European players. Of course, if you are Gerrard or Lampard and they pay you what they get paid, even better!!!

I wanted to talk about a very especial letter that I received last week from a Brighton fan called James, who wrote to me to show me his appreciation and to tell me how worried he is about the team’s situation and how upset he was when Brighton didn’t renew my contract. I am very grateful for his support but must clarify that I wasn’t treated badly by the club. They simply thought that it was better to trust the young players rather than me, and they thought that I couldn’t offer much else to the club and decided not to renew my contract. Of course I didn’t agree with those reasons but I am a professional and I have to accept these things.

These kind of letters, like the one I talked about before from a Blackpool fan, give sense to our profession, way beyond the money. I don’t understand football without that communion between myself and the fans. I lived it in Vitoria and I lived it with Swansea, Brighton and now Blackpool. Like I did, of course in Barcelona. I am not going to lie though, and say that I was a Blackpool hardcore fan way before I arrived, but I have now been here for nearly 7 months and I am completely commited to this team because I felt respected and appreciated from day one. This is the way I am and I have always been. I suffer as much as the fans and I am now in a ship that is sinking but I am going to try my best to keep it afloat.

By the way, on Thursday the foot doctor brought a compilation of newspapers where my weekly column from am14.net is published and we had a good chat about it. I understand now why I never get any interviews!! I am out there every week and didn’t have a clue. I save lots of work to some journalists so I am wondering whether I should stop talking to them after all….

Jokes aside, we are playing against Middlesbrough next who haven’t lost a game in the last 7. They look at the premiership and have a coach like Karanka who has proved that he was more than Mourinho’s helper. A good friend plays there, Damià Abella, who is still recovering from a serious injury. He has been very unlucky as he started the season in the 1st eleven and I really hope he gets back to the pitch soon. However, it doesn’t matter how good they are. In Blackpool they will have to suffer a lot. On Bloomfield Road’s “perfect pitch” both teams will start from scratch and we will die to try to maintain our hopes.

Thanks for being there. To the tangerine people I cannot but being grateful for your unconditional support despite everything that is going on. Yes we are wounded but still breathing. 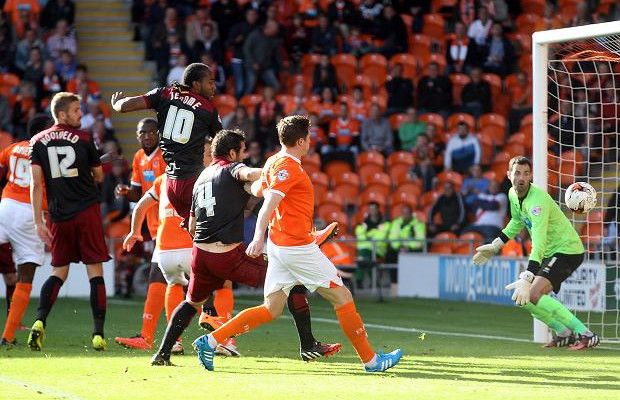 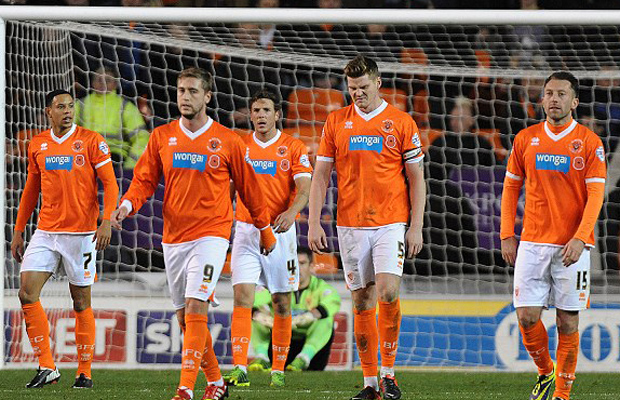 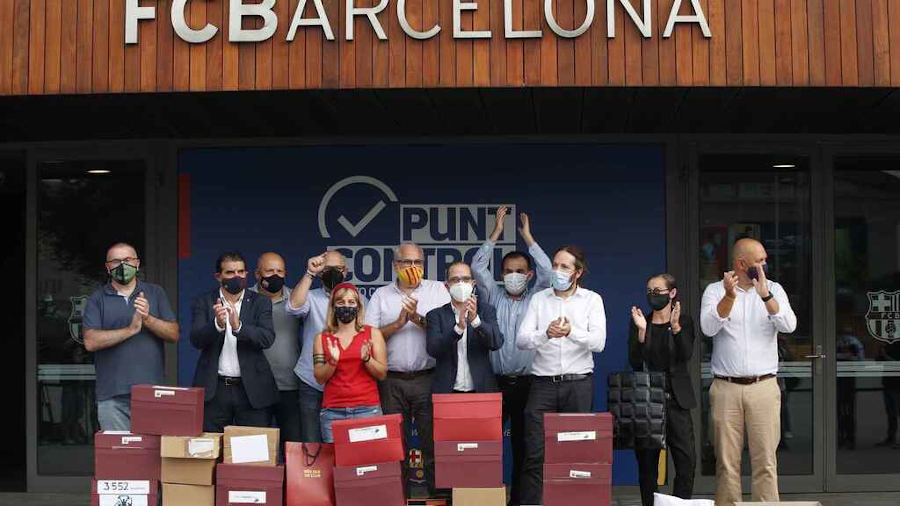 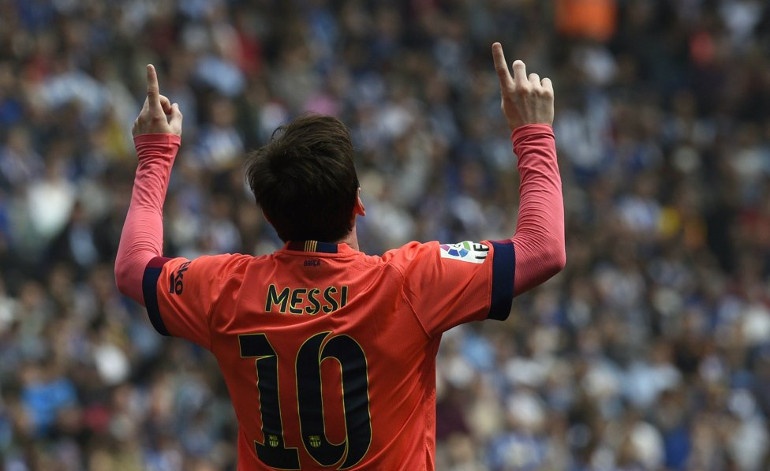 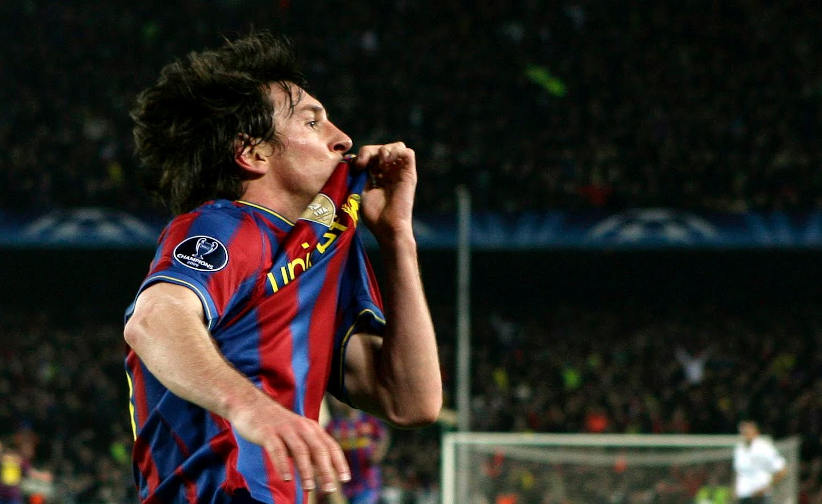 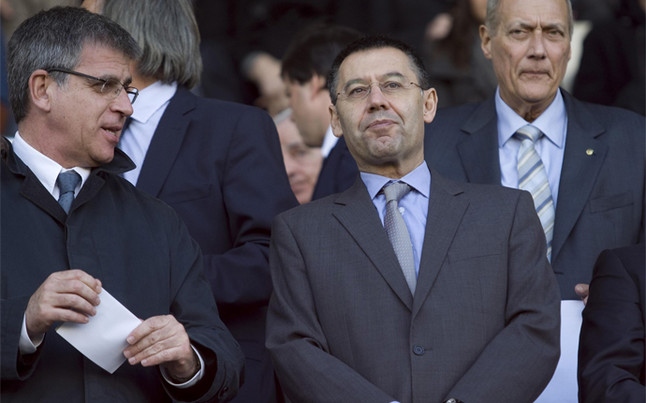